Availability
Book Now
Overview
Frankfurt (German: Frankfurt am Main) is the business and financial centre of Germany and the largest city in the German state of Hesse. The city is known for its futuristic skyline and the busiest German airport.
Located on the river Main, Frankfurt is the financial capital of Continental Europe and the transportation centre of Germany. Frankfurt is home of the European Central Bank and the German Stock Exchange. Furthermore, it hosts some of the world’s most important trade shows, such as the Frankfurt Auto Show and the Frankfurt Book Fair.

Frankfurt Airport
Frankfurt Airport ( IATA: FRA ) is among the busiest in Europe — third in passenger traffic after London Heathrow and Paris Charles de Gaulle Airport — and the ninth busiest airport in the world. Frankfurt is the banking center of Germany and hosts numerous international trade fairs. Therefore all major airlines and all airline alliances fly frequently to Frankfurt and connects it to every continent and major city in the world. The German flagcarrier Lufthansa is the main airline in Frankfurt and offers the best connections.

The airport has two terminals (A third is scheduled to be opened in 2016/17). Terminal 1 is the home of Lufthansa and the Star Alliance airlines. Terminal 2 is for all other airlines. Terminal 1 is separated into Concourses A (inside Schengen passport control), Z (the level on top of A, outside passport control), B and C; Terminal 2 is separated into Concourses D and E. Terminal 1 is a multi-level maze with poor signage & changing entrances due to ongoing construction work and insufficient capacity. Lufthansa tries to ease the confusion, therefore Business Class passengers (+ Gold & Silver Star Alliance Card Holders) have a designated check in area in Terminal 1 A. First class passengers of Lufthansa & Swiss Int’l Airlines (+ LH HON Circle card holders) are allowed to check-in in the separate First Class terminal on the right side of Terminal 1, which has its own driveway. All Star Alliance economy class travelers and other Star Alliance partners are checked in in Terminal 1B & 1C. The terminals are connected by the Sky Train (both landside and airside).

The departure gates have some of the most innovative seating around, with bench seats facing many directions and cafe-style tables and chairs for those who wish to whip out their laptops (sans coffee, alas). Passengers requiring special assistance should be advised that they might have to descend several flights of stairs to get to a bus that takes them to the plane, rather than disability-friendly ramps, so talk to the gate agent early if stairs are a problem.

Terminal 1 has public showers for €6 (includes towel, foot mat, shower gel, and hair dryer). One location is in the B Departures area, in the Shopping Boulevard, across from “TUMI”. The other is in the secure area of B Concourse (good for transit passengers), Level 2, near gate B 30 and the duty free shopping. There is luggage storage in both terminals for €5 per bag per day.

Airport transfer
The airport is connected to central Frankfurt by:
Other Airports
Hahn airport – The smaller airport called Frankfurt/Hahn (IATA: HHN), mostly used by no-frills airlines, advertises proximity to Frankfurt.
Hahn is far away from Frankfurt and it takes about 2 h to drive there from the city centre. If you have to use this airport, allow more time in your travel plans and budget.
A bus from Frankfurt/Hahn to Frankfurt Main airport and on to Frankfurt Hauptbahnhof (Frankfurt Central Station) costs about €14 and leaves roughly every hour (much less often on Sundays, i.e. 8:00, 12:00 and so on): tickets are available from the kiosk, outside in front of the main entrance. 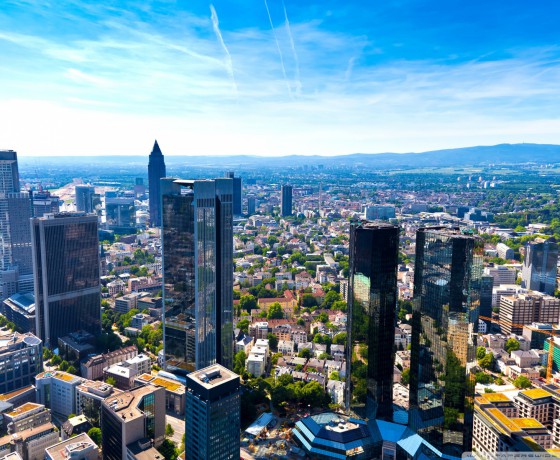 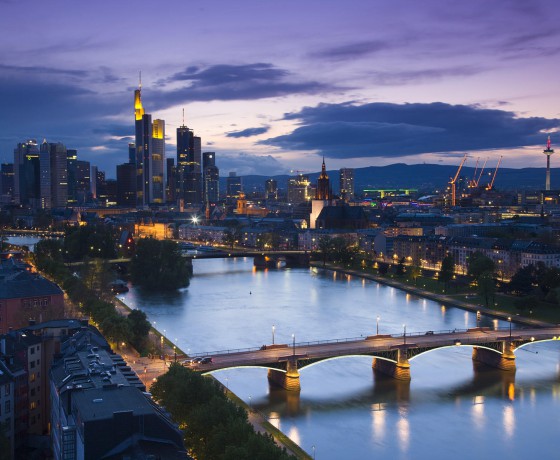 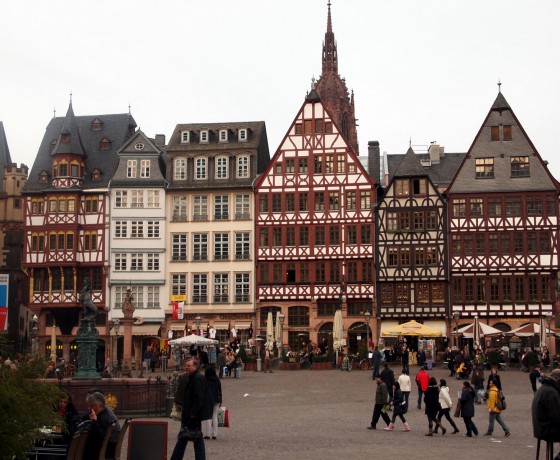 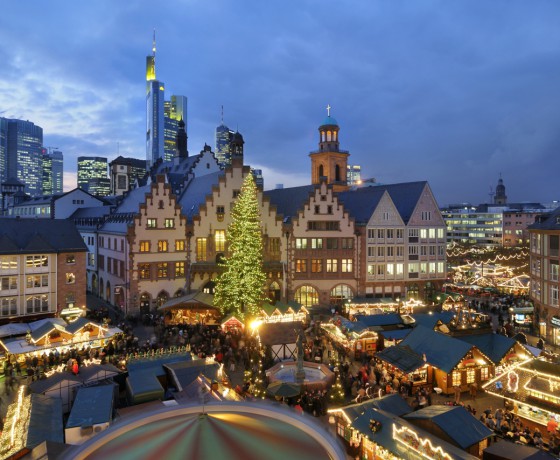 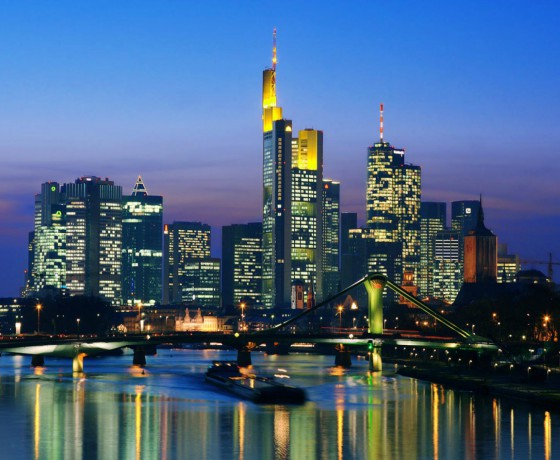